All Tokyo Flights Going To Haneda

A few months ago, Delta Air Lines received tentative approval to dramatically expand its flight schedule at Tokyo’s Haneda International Airport next year. As expected, the airline is taking this opportunity to consolidate all of its Tokyo flights at Haneda, the airport closest to the city center. Last week, Delta confirmed that it plans to shut down its hub at Narita International Airport after more than four decades of service.

As part of this restructuring, Delta will stop flying to Singapore as of Sept. 22. From then on, it will rely on joint venture partner Korean Air for getting customers to Singapore. These moves should drive strong unit revenue growth for Delta Air Lines in Asia next year. 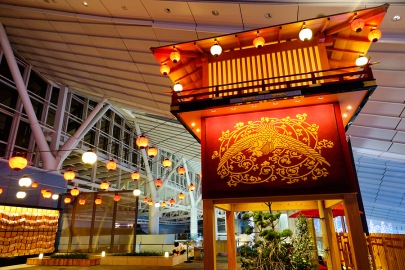 Delta will move all Tokyo flights to Haneda
U.S. airlines regained the right to operate a limited number of flights to Haneda Airport in 2010, more than three decades after having their Tokyo operations transferred to Narita Airport. But for the past few years, the four U.S. airlines that fly to Tokyo have been permitted to operate just six daily round trips combined at Haneda Airport. Delta currently has two of those slots, which it uses for flights from Los Angeles and Minneapolis-St. Paul.

Delta has been dissatisfied with this situation for years. Most business travelers prefer Haneda Airport because of its location closer to the city center. Additionally, American Airlines and United Airlines have joint ventures with the two main Japanese airlines, giving them better access to Haneda — and to the rest of Japan.

However, beginning in late March of 2020, U.S. airlines will be permitted to operate up to 18 daily round trips at Haneda Airport, three times the number of flights allowed today. Delta Air Lines received 5 of the 12 extra available route authorities, largely because its lack of a joint venture partner in Japan has put it at a disadvantage there. This will allow it to shift all of its flights between Tokyo and the U.S. to Haneda Airport.

International connecting service falls by the wayside
Delta’s flights from Narita Airport to Singapore and Manila have become collateral damage from its move to consolidate Tokyo operations at Haneda Airport. The carrier doesn’t have the slots it would need to fly to those destinations from Haneda.

Somewhat surprisingly, Delta plans to keep flying to Manila, with new one-stop service from the U.S. via Seoul’s Incheon Airport. It will end service to Singapore, though. That will be the second major Asian business destination to lose Delta service in the span of a year. The airline stopped flying to Hong Kong last fall.

Previously, Delta had to fly to those cities even if the individual routes were unprofitable in order to keep business travelers from defecting to its rivals. However, Delta’s joint venture with Korean Air — which was implemented in early 2018 — allows customers to make seamless connections in Seoul between Delta flights from the U.S. and Korean Air flights to Hong Kong, Singapore, and numerous other destinations in Asia. That makes it less vital for Delta to serve those cities itself. 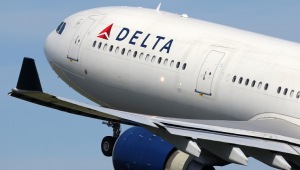 Changes will continue
Dropping Tokyo-Singapore service and moving all of its U.S.-Tokyo flights to Haneda Airport should help Delta bolster its unit revenue in the Pacific region, which has been a weak spot in its route network in recent years (despite a short-lived rebound during 2018). Each new Haneda route should dramatically outperform the corresponding present-day route to Narita Airport.

However, Delta Air Lines will likely resume service on its own aircraft to Singapore and Hong Kong before too long. A new international arrivals facility in Seattle is set to open next fall, with room to process 2,600 passengers per hour, up from the current facility’s design capacity of 1,200 passengers per hour. That will enable Delta to resume its international growth in Seattle.

Skeptics might point out that Delta dropped its Seattle-Hong Kong flights last year due to underperformance. However, as the carrier expands its domestic capacity in Seattle over time, its international routes will be able to draw on more connecting traffic. Moreover, Delta’s new, state-of-the-art wide-bodies have lower unit costs than the planes it used to operate on routes to Asia. They are also equipped with premium economy sections and have personal suites in the business-class cabin, supporting higher unit-revenue production.

For now, Delta is retrenching in Asia by closing its Narita Airport hub and relying on Korean Air to serve some key business markets in the region. But in the long run, Delta is likely to find a way to fly nonstop from the U.S. to places like Hong Kong and Singapore — and do it profitably.