Sold-out situations sometimes require extraordinary solutions. Flight times may not match up, or worse a traveler is stranded after a cancellation. Or perhaps it’s the weather making life hard for travelers. Whatever the situation, the best travel agents will already know most of these and can shift plans to accommodate travel when the first choice isn’t available or thinking outside of the box will yield savings. To be sure you are up on all of these, here’s a quick rundown: 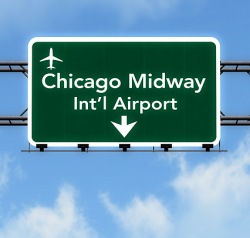 Three of the destinations on this list feature a large international airport paired with a smaller airport dominated by Southwest (Chicago, Dallas and Houston). In Chicago, Midway International Airport (MDW) is your alternate choice. Only 8 miles from downtown Chicago transfers are quicker and traffic is less of a worry. Southwest has connections to all of their destinations and Delta flies from Midway as well. A second alternate choice is Chicago Rockford International Airport (RFD) located 85 miles northwest of Chicago featuring hassle-free travel to many destinations including Las Vegas, Orlando, Phoenix, Ft. Myers, and Tampa Bay via Allegiant Air. Flights from Rockford operate several times a week.

Cleveland (CLE) snowed in? Akron (CAK) is 51 miles south, while Pittsburgh (PIT) is 125 miles east, across state lines. Note: Snow doesn’t stop at state lines, so you might have to go as far as Cincinnati (OHS), 250 miles away, to get out of the snow.

If you’re traveling to Dallas, airport selection is easy. If you’re on Southwest, you’ll be flying into Dallas Love Field (DAL). Other than two gates dedicated to Alaska Airlines, and daily shuttle service to Atlanta via Delta, Love Field is a Southwest affair. On the plus side the airport had a recent facelift and is really close to downtown. Dallas/Fort Worth International Airport (DFW) on the other hand is gigantic, with connecting flights to over 200 destinations. The fourth busiest airport in the world, it also has a high record of delayed or disrupted flights. Since American dominates in this market with 68% of its flights, Delta or United will often toss DFW flights into a fare sale. Keep in mind, long-haul flights to Europe and Asia are usually cheapest departing from the coast, so starting out mid-country might not be the best advice, fare wise.

Whichever airport you choose in Houston, you’ll be in the only U.S. city to have two airports in the Best Airports in North America and Cleanest Airports categories as ranked by the Skytrax World Airport Awards in 2021. Similar to Chicago and Dallas you’ve got a larger, more connected airport furthest from the city, and a smaller companion, closer in, which is heavier with Southwest flights. George Bush Intercontinental Airport (IAH) is the big brother here, and at IAH United is king. Sporting 185 nonstop destinations from 27 airlines, IAH is the obvious choice for travelers headed overseas. And while there are a handful of international flights out of William P. Hobby Airport (HOU), the situation is a repeat of the one found at Dallas Love Field…it’s mostly all Southwest with a sprinkle of Delta. Located 7 miles from downtown, the transfer time/costs are lower, and when you factor in baggage fees (Southwest is generous, United is draconian) what once looked like the lower fare may actually be higher. So do the math. 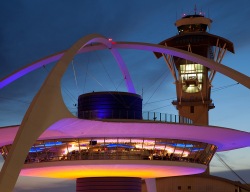 Flying into LAX shouldn’t be a given. There’s always the infamously snarled traffic and the airport itself takes an hour to get through. Luckily, traveling to Los Angeles presents a number of alternative options. The best you can do is plan ahead and pick an airport that’s most convenient to your final destination. Long Beach (LGB) is a nice airport, and JetBlue has a hub there. 23 miles from Downtown, Long Beach is also great for Anaheim, Irvine or destinations south of the city. Burbank (BUR) in the North is almost as close and is handy for heading to Hollywood, the Valley or Pasadena. John Wayne Airport, Orange County (SNA) has the benefit of international service to both Canada and Mexico along with more nonstop domestic flights than any other airport in the region other than LAX. Although Southwest is the largest carrier at SNA, Alaska Airlines is not far behind with a growing number of flights. Ontario International Airport (ONT) is the furthest away, but great if you’re headed to San Bernardino or points west. Note: Make sure your agent knows you want to go to Ontario, California not Ontario, Canada!

With American dominating the market in Miami International Airport (MIA), you can often find bargains flying into other South Florida airports. Fort Lauderdale-Hollywood International Airport (FLL) is located about 28 miles north of Miami and can be used by travelers as an alternate airport for visiting Miami Beach. Many carriers fly into Fort Lauderdale, including Air Canada, Allegiant, Emirates, JetBlue, Norwegian, Southwest, Spirit and WestJet. International travel choices include the Caribbean, Latin America, Canada, Europe and Dubai. Palm Beach International Airport (PBI) is a second choice, (77 miles away) but fares there are usually higher than the other two airports. Brightline trains run between all three cities, but when you consider you have to transfer between the airport and its rail stations, its not very practical. So, unless you’re planning on renting a car and sightseeing, we’d suggest sticking to Ft. Lauderdale as your alternate airport. 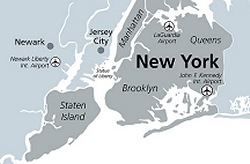 The Big Apple has had three major airports serving it for decades, so based on your own situation, your travel agent should have this puzzle figured out by now and has you booked into the right spot. Which airline you’re flying with, and where you’re going are the primary considerations, along with price and flight times, of course. United has placed all bets on Newark International Airport (EWR), it’s one of their largest hubs and they don’t fly out of JFK, so if that’s your carrier of choice be advised. JFK International Airport (JFK) has the most flights, the coolest lounges and the best airport food, but getting between terminals is still a challenge. LaGuardia International Airport (LGA) is technically the closest, but thanks to the NYC Taxi Lobby the train stops about a mile away from the station! LaGuardia has also taken a bad rap recently due to traffic caused by construction work on the airport; hopefully the worst is behind us. (Delta’s terminal redo will be complete by 2024.) Traffic is bad all around the island of Manhattan, especially at rush hour, so if your ridesharing or taking a cab, factor that in as that can double the time invested and the cost of your commute. Finally, if you’re headed to Newark, don’t forget you’ll have tolls ($15-$17) both ways on the bridges between New York and New Jersey.

With San Francisco International Airport (SFO) being one of the cleanest, best run airports in the country you might wonder why anyone would consider using another airport. Well, the answer would be money. You can often find great bargains at Oakland International Airport (OAK), located just across the bay. Both Norwegian and Southwest have a big presence there as well as non-budget airlines like American, Alaska, and Hawaiian. Like SFO its connected directly to BART so commuting is easy. The airport is more convenient to get to from Berkeley and Oakland, and is, generally, less crowded than SFO. On the other hand, a third choice, Norman Mineta San Jose International Airport (SJC) is such a long commute that it’s hard to find a fare bargain worth making the trip. Unless, of course you’re actually going to San Jose, or other parts of the South Bay (Cupertino, Mountain View, Palo Alto) in which case its fine.

The all-new Passenger Terminal at Paine Field in Everett (PAE) is 20 miles north of downtown Seattle and easily accessible from locations throughout Puget Sound. PAE offers travelers from Northwest Washington a time-saving choice for commercial air flights throughout the western US. The airport currently serves the following destinations: Boise, Las Vegas, Orange County, Palm Springs, Phoenix, Portland, San Diego, San Francisco and Spokane with seasonal service to Tucson and Palm Springs, via Alaska Airlines. After a promising start in 2017, and over 1 million passengers in a single year, the pandemic struck, and the airport closed for several months. It is now open again.

And for travelers or travel advisors looking for a quick list of nearest airports, check out this resource:

Navigating the Maze of Airline Cancellations
08/22/2022